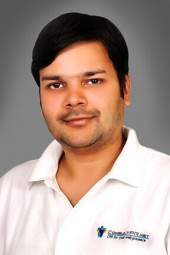 Honest, sarcastic, professional. Three adjectives you wouldn’t assume go together, but you’d understand why they do in this instance if you ever get the chance to meet our Senior VP of Operations, Harsh Singh. For over 5 years, Harsh has brought a new level of eagerness and creativity to the Consult PR team. In this article, we attempt to give you a little insight to our witty, cricket-loving SVP.

Harsh graduated top of his class while earning his MBA in Marketing and Finance. He went on to work at various companies, gaining experience in the fields of HR, digital marketing and website development. He even once worked for a coal mining company in Indonesia and at one point of time had his own satire blog site, which was actually featured in the Times of India. One day, Harsh’s brother called him to let him know that a friend of his would soon contact him. Not long after he received a call from someone named Paul Ramkissoon (our President and founder of Consult PR), who offered him a job at his digital marketing agency. The rest, as they say, is history.

Here at CPR, Harsh is known to many as the “fix-it guy”. When one of our clients come to us with a website glitch or update, Harsh makes it a point to ensure the issue is immediately addressed by his team, even if that means he has to roll up his sleeves and do it himself. This, he said, makes clients happy, which at the end of the day makes him happy...and at the end of the rainbow...our goal is to have clients who are happy. With Harsh, everyone wins!

The “O.G” of our India team, Harsh has had the pleasure of working with and hiring many members of our current development and production teams. He emphasized that the landscape and culture are obviously different between India and the U.S., but all of our India employees have found ways to make it work and have adopted a North American approach to their work. Some of the initial difficulties he faced building the India team included language barriers, time differences and narrowing the target to find team members that can be best described as the creme de la creme. However, anyone that knows Harsh, knows he isn’t one to back down from a challenge and to this day he continues to push the envelope on what is possible in our India Operations.

Working with Consult PR has opened up a number of opportunities for Harsh, including being able to spend more time with his daughter. He was also able to visit the U.S. for the first time because of our company’s President Paul and this job. During that visit, he was finally able to have face-to-face interactions with many of the people he had only ever met virtually to that point, including many of our clients, which for him were the most memorable experiences of the visit. During his visit, he was invited to stay with Paul and his family, an experience he said opened his eyes to the many cultural differences between his home country and the U.S. He looks forward to travelling to Guyana next to meet the team members there.

In 2013, Harsh married his wife Mitali and they were blessed with a beautiful little girl, Misha, in 2016. In his spare time, Harsh enjoys playing on his Xbox, watching cricket and drinking beer. He considers drinking a way to relax and unwind at the end of the week and his drinks of choice other than beers are cognac and German liquor. When he isn’t at a bar, he’s usually enjoying a game of cricket, sometimes mixing the two pastimes by watching cricket at a bar...lol. Most people might be surprised to learn that Harsh is a wicket-keeper batsman in the game of cricket and a Junk Ball Tennis player. He was the runner-up in the Under-18 Nilgiri Tennis Tournament (India), and was part of the Monash Division-IV Cricket Team (Australia). 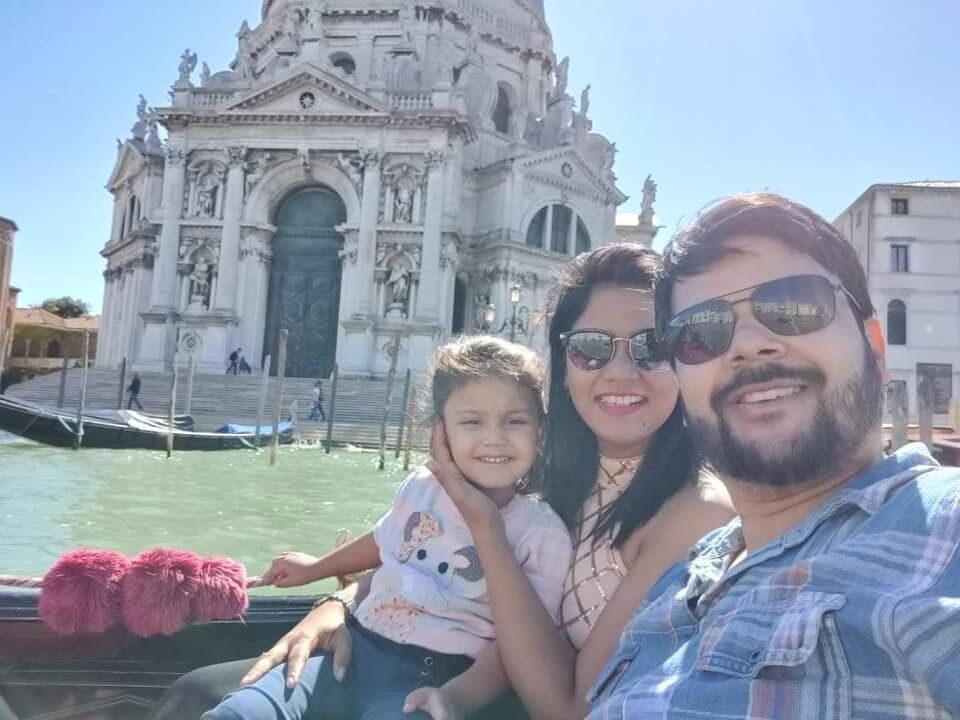 Caption: Harsh enjoying a family outing with his wife Mitali and their daughter Misha.

Harsh’s father played a pivotal role in molding him to be the person he is today. He credits the way he thinks and speaks to his father.

Harsh’s interest in the ever-changing world of technology keeps him researching the cutting edge as well as the fringe elements and he remains like a moth to a flame when it comes to his work. He noted that Google is always changing, Facebook is always releasing a new update and there is always something new in the coding world. He likes to be on top of all these changes and he likes working with the rest of our team to see how we can implement these changes for the benefit of our clients.

Looking ahead to the future, Harsh quipped that his most pressing goal is to get a new, less-wobbly chair. He also mentioned wanting to create a better home office, even sharing anecdotes of past India employees who had monkeys and snakes enter their homes while at work! When it comes to education though, he doesn’t see himself going back to school, at least not anytime soon. He likes taking short courses for his own personal development but the prospect of another degree or Masters isn’t yet on the horizon.

In Harsh, Consult PR has a leader who not only loves to have fun with his teammates, but also gets the job done and values client happiness above all else. So if you ever have a chat with Harsh, be sure to ask him what’s his favorite cricket team, beer or Xbox game and be prepared to have your ear talked off!