Our Freedoms Did Not Come Without Sacrifice! Honor Our Vets. 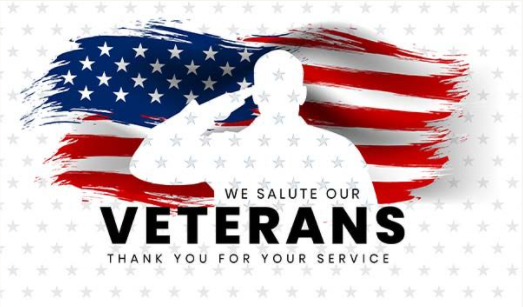 Even if you don’t know Paul Ramkissoon, CPR’s President, when you observe him, you’ll notice things that might suggest a fondness for the US military. From his clean-shaven face, to his take on a “high and tight” hairstyle, to his posture, how he walks, his propensity to use words like “sir and ma'am”, etc.  Get to know him well and still you may not ever have found out that while he was once upon a time accepted to West Point and Princeton (with their ROTC program)…but opted to stay close to home and his family in becoming a member of the Army ROTC Hurricane Battalion (University of Miami). Paul is all about family and he views his extended family to include workmates, friends and the great service men and women of our armed forces.

Paul’s love for the USA, oddly enough, was born like he was in the small South American country of Guyana. He lived there until the age of 10 in the capital city of Georgetown and can still vividly recall the sounds of army boots on asphalt since he lived near the main military base. He can even recant a cadence or two, if pressed on the topic. As a kid it seemed exciting to be a soldier and so like many young boys, he wanted that too.  That said, it was not until he reached the age of seven or thereabouts that his grandfather, Dr. Paul G. Singh, one of Guyana’s leading scholars, authors, university lecturer and advocate for democracy…started to clue him in on the political climate in Guyana at that time. The country was in the midst of a dictatorship that spanned a couple decades that led to mass migrations of persons looking to escape persecution and for greener pastures. Paul’s mother, Paulette, had migrated to the USA and sent for him to join her (shortly before his 11th birthday). However, Paul credits his grandfather with planting the seed/ perspective of what America stands for and not just the opportunity the American dream represents, but moreover the importance of fighting for freedom and democracy.

Paul has a multitude of friends still in the service.  Many of our clients are veteran owned and led. He supports several veteran charities and actively seeks out vets to join our firm…although not with much luck to date…guess digital marketing, coding/ programming, etc. is not interesting enough for our warriors…lol. It hurts Paul to see the divide in our great country.  He is constantly astonished that anyone would suggest that this nation is anything but the greatest country in the world. Take it from him, a 1st gen immigrant, “the USA stands alone as a beacon of hope to all people around the world”.  This Veteran’s Day, Paul and all his families…the Ramkissoon Clan, the CPR family, etc. would like to say thanks to our vets for their service and wishes to affirm our pledge to ensure that sacrifices made will always be honored.