The Junior Reserve Officers' Training Corps (JROTC), molding the nation’s youth since 1964, as was the case with our firm’s President

For more than five decades, the Junior Reserve Officers' Training Corps (JROTC) has been delivering on  its mission: “To Motivate Young People to be Better Citizens”. The JROTC is a federal program sponsored by the United States Armed Forces in high schools and also in some middle schools across America and United States military bases across the world. Through the program, experienced instructors work with children and young adults to teach the values of citizenship, service to the United States, personal responsibility and a sense of accomplishment. The program was originally created as part of the National Defense Act of 1916 and later expanded under the 1964 ROTC Vitalization Act with additional objectives established by the service departments of the Department of Defense.

The U.S. Army’s JROTC program currently operates in more than 1,700 public and private high schools, military institutions, and correctional centers throughout the United States and overseas. With over 4,000 instructors who are retired from active duty, reserve duty, or National Guard Army service, Army JROTC manages to teach and mentor approximately 314,000 JROTC Cadets annually. The instructors are trained and qualified in accordance with the National Defense Authorization Act 2007. According to retired Lieutenant Colonel James L. Rodriguez of the Atlantic JROTC Brigade, in 2019, “the program has 280 cadets and they all have a 99.9 % chance of graduating”. The program focuses on teaches the cadets:

We spoke with Col James Rodriguez, a Senior Army Instructor with the JROTC, about the growth of the program over the years. He mentioned that although the program struggled a bit when it first started in 1964, in 2004 it drastically picked up the pace. “Many kids who have graduated, have become mentors and leaders in society... I have seen the growth and the benefits of the program.” - Col Rodriguez. Many of the life lessons learnt at the JROTC, the cadets take with them through life, guiding them in professional and personal aspects of their lives. Col Rodriguez noted that if a child wants to go into the military, the JROTC will guide them. However, they encourage the cadets to go to college to further their education. “What is important is that we teach them to develop leadership skills to become successful in life.” - Col Rodriguez. One such successful product of the program, who has shown great appreciation for the JROTC by giving back in whatever ways possible, has been our very own Consult PR President, Paul Ramkissoon. 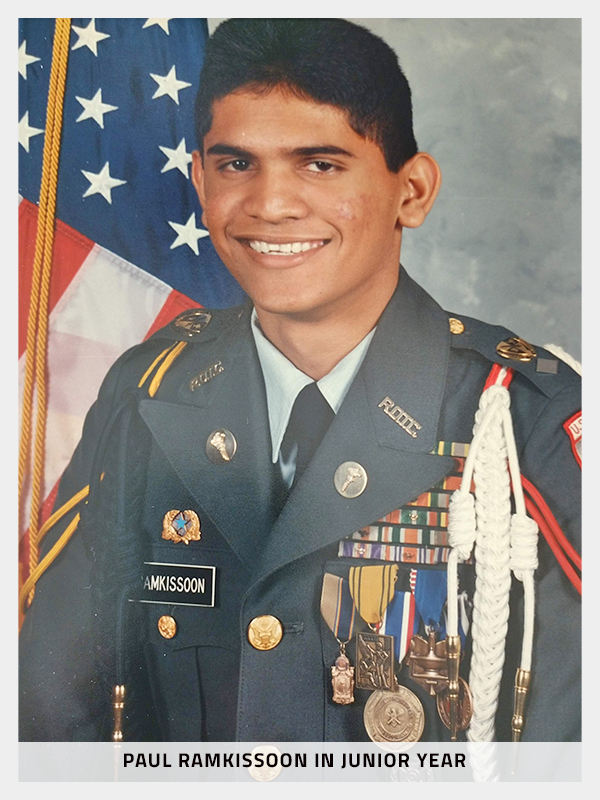 Junior Year, leader in the making

While he attended the Atlantic Community High School, Paul Ramkissoon was a cadet in the Atlantic High JROTC Eagle Battalion. During that time, he earned a number of awards, including the Superior Cadet Award, which made him one of the most decorated cadets to go through the program. Paul is very proud of  his time at the program and after leaving it, he has found different ways to give back. After initially leaving the program, he often returned to speak to the cadets as someone who was relatable and encouraged them to pursue higher education, be entrepreneurial and practice good work ethic. In later years, Paul has taken less of a hands-on approach and has instead focused more on sponsoring in whatever way possible. 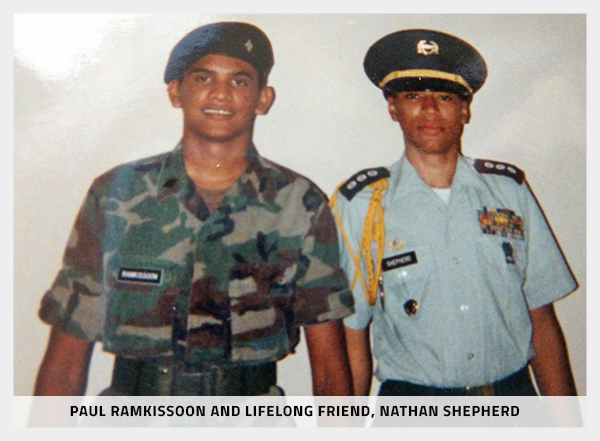 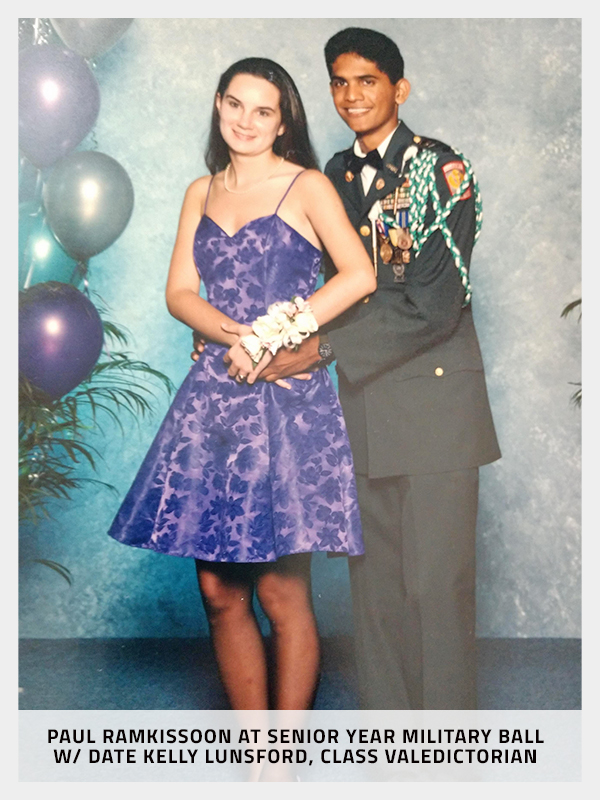 Still to date the only instance of the ROTC battalion commander and the valedictorian attending prom together.

A few years ago, Paul set up an Alumni group for the JROTC program and solicited donations from these Alumni in order to support some of the low-income cadets who can’t afford uniforms, trips, etc. In fact, each year at the Military Ball (which is like a prom but only for the JROTC) the Alumni set up a table. Each Alumni buys their own seat at the dance and they each sponsor a seat for one of the cadets. Through this initiative, they are usually able to sponsor between 10 - 20 cadets. Another initiative Paul played a significant role in was the launching of an obstacle course. Col James Rodriguez called Paul to let him know that he wanted to set up an obstacle course for the cadets and Paul happily provided the sponsorship to make this possible. Because of this, the course was named after him...the Ramkissoon Obstacle Course (ROC).

The effectiveness of the JROTC program is undeniable. Over the years, they have produced thousands of graduates who became mentors and leaders in society. Arguably, JROTC is one of the most successful and significantly impactful youth-oriented programs in American history and it will continue to flourish as it places emphasis on the development of the cadets and instructors alike. If you know someone in middle/high school that might be ideal for this program, visit their website to learn how to join.